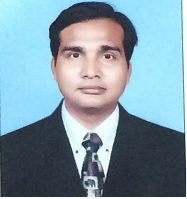 1) Worked on IPsec and IKE implementations on UMS for Cradle Technologies, Pune.

IPsec protocol provides network security at network layer by means of AH and ESP protocol. IKE is used for exchanging the keys over internet which are required for authentication and encryption. This work involves the study of both protocols and IPsec is implemented on a next generation Internet Processor known as UMS invented by Cradle Technologies, USA.

Team Size : 1(and support of third party)
Duration : 5 and ½ months

This is a simple client – server based chatting application developed using VC++ 5.0 on Windows NT platform. In, it , a user can join a particular group like Financial or HR or Entertainment and can receive messages of all the members in the group. A user can also talks to another user only by selecting personal communication option.

This project is a part of Internetworking Course. It is being developed in C on Unix platform. The client can request for the operations on the remote m/c and that remote m/c acting as server for that client performs those operations and passes the results to the client.