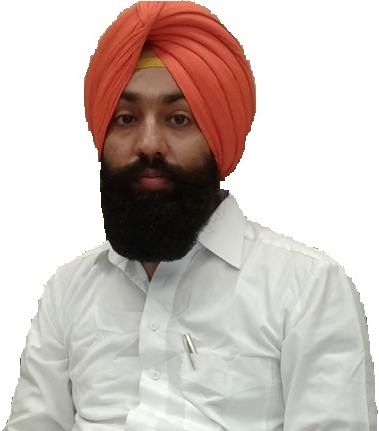 Harpreet Singh is a Lecturer of Computer Science and Engineering Department in Thapar Institute of Engineering & Technology, Patiala. He was appointed in 2017 in Thapar Institute of Engineering & Technology,Patiala. Before joining Thapar, He has teaching experience of 5 years. He worked as a teaching assistantship in Chandigarh Group of Colleges, Landran selected under TEQIP (Technical Education Quality Improvement Programme) sponsored by World Bank for 2 years during his Masters. After that, he appointed as a Assistant Professor in Chandigarh University, Mohali in 2014 and served for 3 years. He has filed 3 patents in interdisciplinary fields and also filed 3 research projects in Department of Health Research sponsored by Ministry of Health & Family Welfare, Government of India. Apart from this, He organized and conducted the FOSS online exam remotely under “Talk To A Teacher” project offered by the Spoken Tutorial Project, IIT Bombay, funded by National Mission on Education through ICT, MHRD, Govt., of India and generated 150 certifications of students in different programming modules. He also coordinated and started the 5th batch of Tech Mahindra IMS Academy successfully in Chandigarh University. He did the certification in “MACHINE LEARNING FOUNDATIONS: A Case Study Approach” by University of Washington on Coursera. Certificate earned on May7, 2016. His area of research in Machine Learning and Data Mining,Optimization using Softcomputing techniques (GA, DE, PSO, ACO) ,Combinatorial Problems and Bioinformatics (Drug Synergy, Drug Discovery).